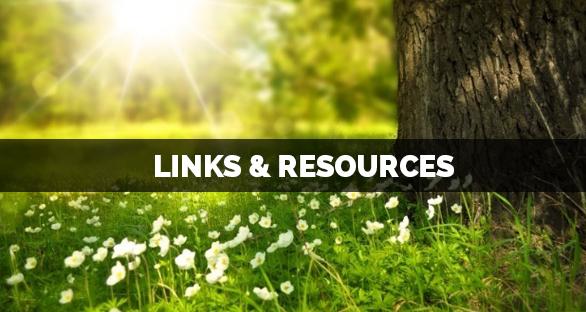 FCE encourages people, in a fragmented world, to discover new and better ways of being together. FCE offers Community Building weekend workshops and facilitator training. One Board member of the FACE Program, Martin Prost, has been trained as an FCE facilitator. Living, learning, and teaching the principles of community, FCE serves as a catalyst for individuals, groups, and organizations to:

FCE’s approach encourages tolerance of ambiguity, the experience of discovery, and the tension between holding on and letting go. We acknowledge our human frailties, take responsibility for our actions and make amends where possible. In our work to empower others, we remember our reliance upon a Spirit within and beyond ourselves.  FCE is based in Buffalo, New York.

The IIRP Training and Consulting Division is a leading provider of restorative practices training, consulting and materials throughout the world. The IIRP and its related organizations have trained thousands of individuals since its inception as the Real Justice program in 1995.

A concise overview of restorative justice, this 64-page book proposes workable principles and practices for making restorative justice both possible and useful. Zehr, known worldwide for his pioneering work in transforming our understanding of justice, is co-director of the graduate Conflict Transformation Program at Eastern Mennonite University, Harrisonburg, Virginia, USA.  Order from IIRP.

The Restorative Practices Handbook for Teachers, Disciplinarians and Administrators

The Restorative Practices Handbook is a practical guide for educators interested in implementing restorative practices, an approach that proactively builds positive school communities while dramatically reducing discipline referrals, suspensions and expulsions. The handbook discusses the spectrum of restorative techniques, offers implementation guidelines, explains how and why the processes work, and relates real-world stories of restorative practices in action.

This collection of articles from the Restorative Practices eForum — the IIRP’s internet publication with thousands of subscribers around the world — conveys the power of restorative practices to transform schools into positive, vibrant communities while dramatically reducing discipline referrals, detentions and suspensions. The articles include accounts of personal experiences, implementation and research in schools from the United States and Canada to the United Kingdom, Europe, Australia and Asia.

DVD-Video, 25 minutes
Produced by the IIRP and SaferSanerSchools

“Building Our Community” is a 15-minute documentary about the positive impact of restorative practices at Collingwood Primary School, in Hull, UK, a city facing some of the most acute economic and social challenges in England. Once a school in crisis, with the adoption of restorative principles and practices Collingwood has built a highly positive school culture, created an exceptional sense of community and helped its pupils develop the skills to feel respected, secure, happy and able to make the most of their lives.

This upbeat and informative video features interviews with teachers, students and parents who share how they have benefited from the self-knowledge and empowerment that has evolved during the restorative journey. It’s an engaging introduction to restorative practices as implemented in a school  that’s determined to give everyone a voice and a strong foundation for academic and emotional growth.

DVD-Video, 35 minutes
Produced by the IIRP and Real Justice

“Burning Bridges” is a 35-minute documentary about the arson of Mood’s Bridge, a historic covered bridge in Bucks County, Pennsylvania, USA, and the restorative conference held in its wake. The International Institute for Restorative Practices facilitated this emotional conference, which brought together the six young men who burned down the bridge with their families and members of the community. Using news footage, interviews and video of the actual conference, the documentary tells the story of a community moving through grief and anger to healing.

Download free discussion guide to help process the video with groups of students and others.

Facing the Demons is an hour-long documentary video about the journey of the family and friends of murdered victim Michael Marslew, confronting face-to-face in a conference two of the offenders responsible for Michael’s death.

Facing the Demons, produced by the Dee Cameron Company, originally aired on the ABC, Australia’s public television network. It won an award for “best television documentary of 1999” at the 2000 Logies Awards, the Australian equivalent of the Emmy Awards. In 2000 Facing the Demons earned the United Nations Association Award for Best Television in its annual Media Peace Awards.

The 30-minute Commentary on Facing the Demons: The Facilitator’s Perspective is an essential companion to the Facing the Demons video. Commentary by Terry O’Connell—the Australian police sergeant who facilitated the dramatic conference—answers questions and addresses issues raised by the documentary.

A free 8-page study guide is available to download as an Adobe Acrobat (PDF) file.